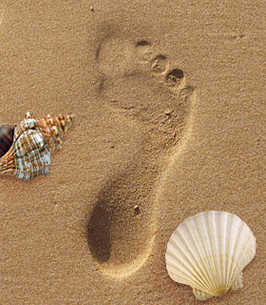 Print
Robert L. “Bob” Johnson, 73, of Centre Hall, passed away on Thursday, September 13, 2018 at the Mount Nittany Medical Center in State College. Born on July 3, 1945, in Houserville, PA, he was the son of the late Clarence D. & Jennie M. Eminhizer Johnson Sr. On December 10, 1966, at the Trinity United Church of Christ in Centre Hall, he married Gloria J. Spayd, who survives at home.
Bob was a 1964 graduate of State College High School. He worked at the Hanover Foods in Centre Hall from 1964 until 1978, then he went to work at Penn State University in the East Halls Housing Department. He retired from Penn State in 2007 after 28 years of service.
Bob was a past member of the F.F.A. He was an assistant baseball coach for the Centre Hall Senators, when his son played little league baseball. He was a member of the Teamsters Union Local 8 and was a volunteer fireman at the Centre Hall Fire Company for over 10 years.
Bob enjoyed going to the beach with his family and traveling to Florida to visit his family there. He liked to read the newspaper, usually falling asleep before he’d finish reading it, watching TV, listening to country music, attending Grange Fair, and when he was able, mow the lawn. He was a huge fan of the Dallas Cowboys and Penn State football. He and Gloria enjoyed square dancing in their younger years. Bob enjoyed NASCAR especially Jeff Gordon in #24. And he knew how to “dress up a truck”.
Bob is survived by his wife, son, Daniel A. Johnson and his fiancé, Colleen Berrigan, of Centre Hall, four brothers; Charles M. Johnson of Bellefonte, Clarence D. Johnson, Jr, and his wife, Fran, of Boalsburg, Lemoyne R. Johnson and his wife, Edie, of Port Matilda, and Stephen C. Johnson and his wife, Linda, of State College, and three sisters; Beverly E. McMurtrie of Bellefonte, Sandra M Rote of Julian, and Barbara A. Lyons and her husband, Harold, of Milesburg.
Bob is also survived by the sunshine of his life, his granddaughter, Rochelle L. Gonzalez, of Centre Hall whom he helped raise.
Along with his parents, Bob was preceded in death by a daughter, Diana L. Johnson who passed away in 2004 and one brother, Dale A. Johnson.
Visitation for family and friends will be on Tuesday, September 18, 2018 from 10am until 12 noon at the Daughenbaugh Funeral Home in Centre Hall. Funeral service will start at noon at the funeral home with Pastor David Downer officiating. Burial will follow at Centre County Memorial Park.
In lieu of flowers, memorial contributions can be made to either the Penns Valley EMS 106 Ross Hill Rd, Spring Mills, PA 16875 or to the American Heart Association, 4250 Crums Mill Rd #100, Harrisburg, PA 17112.
Arrangements have been entrusted to Daughenbaugh Funeral Home, Inc. 228 S. Pennsylvania Ave, Centre Hall. An online guest book can be signed or condolences to the family available at www.daughenbaughfuneralhome.com.

We encourage you to share any memorable photos or stories about Robert. All tributes placed on and purchased through this memorial website will remain on in perpetuity for future generations.

S
Our thoughts and prayers to you and your family. Blessings.
Sharon and Tom Stitzer - Friday September 28, 2018 via Condolence Message
Share This:

Sending my sympathies with the passing of Bob. May friends, family, memories, and the love of God be help you through this difficulty time.
Barbara Rudy Wilkins - Sunday September 23, 2018 via Condolence Message
Share This:

DP
My deepest sympathy to Gloria, Dan & Rochelle. You have a lifetime of wonderful memories. Diane & her dad will watch from above & give you strength. God Bless!
Debbie Peterson - Monday September 17, 2018 via Condolence Message
Share This:
1
Page 1 of 1
Share
×

Thank you for sharing!

Provide comfort for the family by sending flowers.

Or use your email:

Add Photos
There are currently no photos. Click here to share your photos.
Send flowers to the family
Choose from beautiful standing, table and basket arrangements. Safe and secure online ordering.
View Flower Arrangements
What has already been purchased for the family?
Place a Donation
Choose from a Family Preferred Charity or select your own.
Place a Donation
Subscribe to Updates

Connect with families at their time of loss. By subscribing to email updates, you will receive two daily updates containing all new stories, photos, candle lightings, condolences, and more.