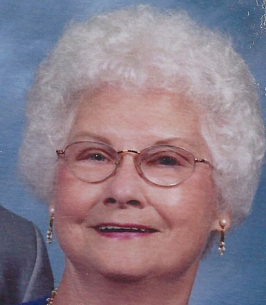 Norma was a graduate of Snow Shoe High School. She worked in Food Services at Penn State University. She served many meals to the football teams and enjoyed all the conversations with Joe Paterno and the other coaching staff. She retired 1991 after 32 years of service.

Norma was a member of the Snow Shoe United Methodist Church, Centre Chapter of the Eastern Star, and the Snow Shoe Borough Camp. She enjoyed dancing, playing bingo, and watching all sports, especially Penn State Football. She loved to keep her yard and flower gardens meticulously groomed. Weeds were not allowed. She absolutely adored her family and was proud of each of their accomplishments.

Along with her parents and husband, Norma was preceded in death by three brothers: David Womer, Charles Womer, and Norman “Cork” Womer; and two sisters, Laura Metzger and Barbara Shuey. Norma was the last of her generation.

Visitation will be on Thursday, September 8, 2022, from 2-4 & 6-8pm at the Daughenbaugh Funeral Home in Snow Shoe. Funeral services will be on Friday, September 9, 2022, at 11am, at the Snow Shoe United Methodist Church with Pastor Catherine Dittman officiating. Norma will be laid to rest next to Ted at Askey Cemetery in Snow Shoe Twp.

In lieu of flowers, memorial contributions can be made to the Snow Shoe United Methodist Church, 512 S. Moshannon Ave, Snow Shoe, PA 16874.

Norma’s family would like to thank the staff at Eagle Valley Personal Care and the hospice staff for the excellent care given to their mother and grandmother. All your kindness has not gone unnoticed. A very special thank you to Anita, Ann, Belinda, Lisa, and Linda for everything you’ve done to make it possible for Norma to stay in her home as long as possible.