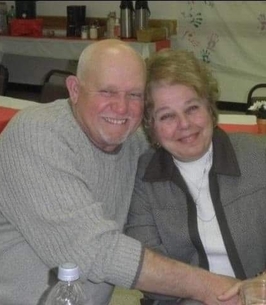 Larry is a 1966 graduate of West Branch High School. He enlisted in the United States Army on April 15, 1968, earned the rank of SP5, and received his honorable discharge on October 10, 1969. He then entered the Army Reserves and received his honorable discharge on April 14, 1974. He was very proud of his military service. He retired as a Lieutenant at the Quehanna Boot Camp in Quehanna after 20+ years of service.

Larry enjoyed going to camp, hunting, and fishing. He truly loved being in the outdoors. He was a proud father but even a prouder grandfather and great grandfather. He was the happiest when he was with his family, especially his grandchildren.

Larry was a member of the Shepherd of the Hills Lutheran Church in Karthaus and the Philipsburg Masonic Lodge 52 where he was active in the Shriners for Children.

Along with his parents and wife, Larry was preceded in death by two brothers; Donald Gaines and Ronnie Moore and two sisters: Nancy Moore and Ruth Moore.

A celebration of life service will be held at a late date and will be announced.

Larry will be laid to rest with his wife, Janet, privately at the Oak Hill Cemetery in Karthaus. Military honors will be given to celebrate his service to this country.

In lieu of flowers, memorial contributions may be made to the Dysautonomia International, PO Box 596, East Moriches, NY 11940