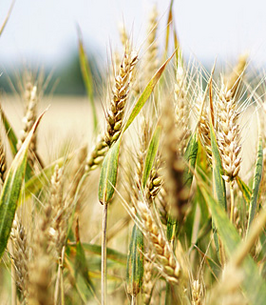 Obituary for Kenneth A "Ken" Confer

Print
Kenneth A. Confer, 77, of State College, passed away at the Mount Nittany Medical Center on Thursday, October 4, 2018. Born on August 12, 1941, in Bellefonte, he was the son of the late Alton P. & Eleanor S. Houser Confer. On February 10, 1961, in State College, he married Mildred “Millie” Surovec. Millie passed away on November 9, 2004.
Kenneth was a 1959 graduate of State College High School. He was enlisted in the US Army in 1964 and earned the rank of SP-4 before his honorable discharge in 1967.
After serving in the military, Kenneth was a truck driver for various companies. He then became an Operator/Instructor for Pennsylvania Department of Transportation, retiring in 2003 after 27 years of service.
In his younger years, Kenneth had many hobbies, but as he grew older, he limited his activities to working with metal and welding. His favorite pastime was being with his many pets.
Kenneth is survived by his children; Patrick A. Confer and Tracy A. Confer both of State College.
Along with his parents and wife, Kenneth was preceded in death by three sisters; Marci White, Virginia Haney, and Nila Pullen.
In accordance to Kenneth’s wishes, there will be no public services.
Arrangements have been entrusted to Daughenbaugh Funeral Home, 106 W. Sycamore St. Snow Shoe. An online guest book can be signed or condolences to the family available at www.daughenbaughfuneralhome.com.


To send flowers to the family of Kenneth A "Ken" Confer, please visit our Heartfelt Sympathies Store.

We encourage you to share any memorable photos or stories about Kenneth. All tributes placed on and purchased through this memorial website will remain on in perpetuity for future generations.

MV
I would like to extend my sincerest condolences to the Confer family during this difficult time of coping with the loss of your loved one. Soon our Heavenly Father will do away with the enemy that comes between us and our love ones. "And the last enemy, death, is to be brought to nothing." 1Corinthians 15:26. Tears of sorrow will be replaced with tears of joy. May you continue to draw comfort and strength from Jehovah, family and friends.
M Verdell - Tuesday October 09, 2018 via Condolence Message
Share This:

NC
We are so sorry for your loss. Uncle Kenny will be missed.
Niki and Vince Cutcher - Monday October 08, 2018 via Condolence Message
Share This:

So very sorry to hear of your dads passing....Ron was glad to get to visit with him last week
We have so many memories of the house on Allen St and visiting there with all of you
Thinking of you

Thank you for sharing!

Provide comfort for the family by sending flowers.

Or use your email:

Add Photos
There are currently no photos. Click here to share your photos.
Send flowers to the family
Choose from beautiful standing, table and basket arrangements. Safe and secure online ordering.
View Flower Arrangements
What has already been purchased for the family?
Subscribe to Updates

Connect with families at their time of loss. By subscribing to email updates, you will receive two daily updates containing all new stories, photos, candle lightings, condolences, and more.