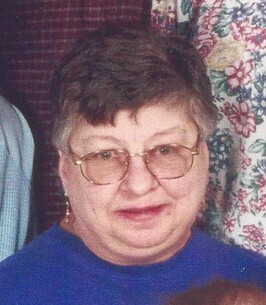 Donna M. Bilger, 75, of Bellefonte, passed away on Thursday, December 10, 2020 at Centre Crest Nursing Home in Bellefonte. Born on January 3, 1945, in Bellefonte, she was the daughter of Emma (Bame) Wance of Aaronsburg and the late Kenneth E. Wance.

Donna was a 1963 graduate of Penns Valley High School. She was a homemaker most of her life. She was of the protestant faith.

Donna enjoyed fishing, camping, crossword puzzles, and watching television shows, especially westerns staring John Wayne and the Lone Ranger. Some of her other TV shows were all Cinderella movies, Charmed and the Walking Dead, only to name a few.

Along with her mother, Donna is survived by her life partner of over 40 years, George E. Swavely of Bellefonte, one daughter, Kimberly Bilger and her fiancé, Earl I. Barrett, of Bellefonte; twin sister, Dora Moyer of Bellefonte, and two brothers: Steve Wance and his wife, Donna, of Woodward and Donald Wance of Aaronsburg. She is also survived by two grandchildren: Ashley N. Ireland and Skylyn M. Ireland and by her pet cat, Jasper.

Donna was preceded in death by her father, one son. Guy F. Bilger, Jr who died March 28, 2008, and two brothers: Jerry Wance and Larry Wance.

Due to the pandemic, no services are planned at this time.

Arrangements have been entrusted to Daughenbaugh Funeral Home, Inc. 228 S. Pennsylvania Ave, Centre Hall. An online guest book can be signed or condolences to the family available at www.daughenbaughfuneralhome.com.